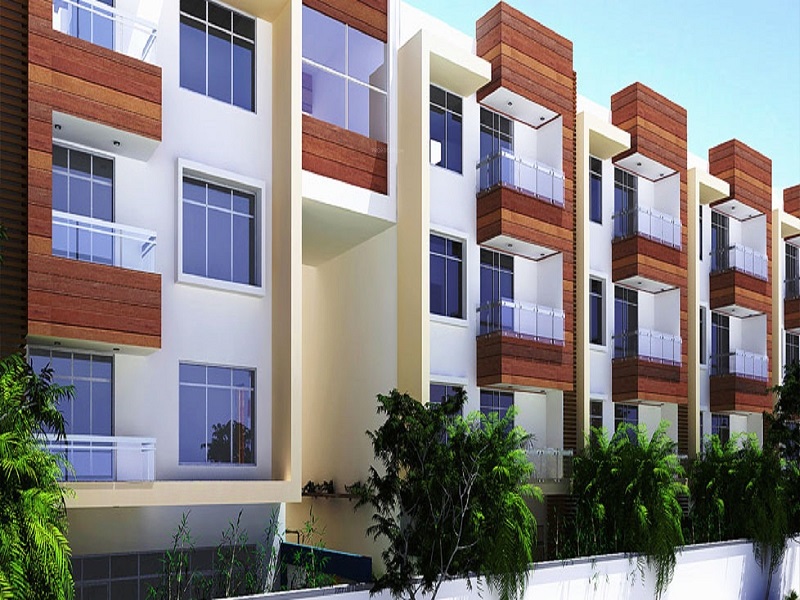 Godrej Crest in Hebbal, Bangalore, is one of the best residential projects designed and built by Godrej properties. People are talking about this project, and it has a lot of amenities that can make our lives easier, simpler, and less stressful. The project offers elegantly designed row houses to people who want to buy them. Each unit has three floors on top of the ground floor. On an acre of land, the project has 17 units. The units have high-end features and sizes that range from 5331 to 5335 square feet. The project is easy to get to from Bellary Road and connects to different parts of the city.

Godrej Crest is in a great spot, and it's easy to get to almost every other prominent place in and around Bangalore. Godrej Crest is in the Bangalore neighborhood of Hebbal. Hebbal is just one of North Bangalore's most well-known places. The area has always been known for the famous Hebbal Lake, which is also a link between the West Bangalore and Central Bangalore areas. Hebbal is now well-known for its long intersection of roads and flyovers, which is a big part of the Outer Ring Road (ORR), National Highway 7 (NH 7), and Bellary Road, making it a central transportation hub in Bangalore. In addition, to being a network of roads, it is also one of Bangalore's most peaceful neighborhoods. Hebbal is also close to the CBD, or Central Business District, and one of Bangalore's best-known IT parks, Manyata Tech Park, which is home to companies like IBM India, Cognizant Technology, Philips, TCS, etc. So, it is close to two of Bangalore's most important job centers, which makes it an excellent place to invest in real estate.

Godrej Crest is a well-planned project in a good location in the Hebbal neighborhood of Bangalore. It's 1 Acre big, so there's enough green space for everyone. The property is made up of 17 units that are tucked away in a quiet area. All of the units in this project are "Ready to Move." The complex was well thought out and had a total of 17 towers. The start certificate for this well-planned project has yet to be given. The occupancy certificate was also not granted. Godrej Properties, a well-known builder, made Godrej Crest with much perfection.

There is a water supply at Godrej Crest 24 hours a day, covered parking, an elevator, and security staff. All these things give you a lot of ways to relax, re-energize, and enjoy yourself at home. Aside from that, sound security systems are also in place to keep the residents safe 24 hours a day, 7 days a week.

Godrej Crest is ready to move in and can be taken possession of starting in April 2015.

Here are the projects close by:

Godrej Properties was founded in 1989. It is part of Godrej Group, India's most prominent business group. It's one of the nation's most famous house builders, with offices in over 12 locations. One of India's largest publicly listed real estate firms is Godrej Properties. It has a strong portfolio of commercial, residential, and mixed-use projects in India's most important cities. Godrej Properties takes the Godrej Group's ideas about innovation, sustainability, and excellence and applies them to the real estate business. Each of our developments combines the Group's history of quality and trust with a commitment to design and technology that are at the cutting edge. In FY20, the company had its best sales ever and added 10 new projects. In FY20, the value of what was booked was Rs. 5,915 crores, or $839.13 million. FY21, the total income was Rs. 1,217 crores, equivalent to US$166.09 million.